Last Saturday the 4th of February marked Bahrain’s Environment Day under the theme “Our Environment, Our Responsibility”. Sadly, the day passed by with deafening silence. Unlike Bahrain’s Sports Day which was celebrated today (the 7th of February) throughout the kingdom witnessing people from across different sectors taking part. This included various public and private organisations including governmental entities, schools, gyms, youth sports groups and clubs plus members of the public. I did a quick google search just to gauge the online presence comparing the two events. The following is what came up: the environment had nothing on, sports on the other hand was full.

Digging deeper I managed to find one English article published by Youm Arabia dated the 3rd of February at the bottom of the google search. On the Arabic side of things though, I couldn’t find anything that came up. For a moment I felt like I was back to square zero, just like 6 years ago when I made it my mission to begin building the environmental movement in the country. Then I stopped and remembered that I had promised myself to always think positive and see the brighter side of life. Hence, I decided to write this blog post identifying 10 positive and significant things that happened in the Bahraini environmental world in the one year that has passed (2016-2017). So here is the list!

In the beginning of 2016, the kingdom of Bahrain submitted its National Biodiversity Strategy & Action Plan (NBSAP) to the UN Convention on Biological Diversity (CBD). The NSBAP was a result of two years of hard work that brought together various entities including governmental entities, the private sector, universities, NGOs, civil society and youth.

Photo of one of the working groups during one of the stakeholder engagement workshop (Source: Supreme Council for Environment)

In March of 2016, the SCE – Bahrain’s official environmental authority organized an entire month dedicated to the environment. The month witnessed various events hosted around the kingdom from seminars, workshops, talks, screening of environmental films and clean ups such as on Fasht Al Jarim & Jarim Island.

Group photo of the volunteer team made up of the general public and members from the SCE during an organised beach clean up event on Mashtan island (Photo Source: @sce.bh)

Clean Up Bahrain is a youth group that was brought to life by young Bahraini locals who are on a mission to clean up beaches around the island for a cleaner and healthier environment. 2017 marks their one-year anniversary whereby they have managed to date to collect 10 tonnes of general waste and 1,300 kgs of plastic. They have recycled all their collected plastic and donated it to fund wheelchairs with @bapf_disabled 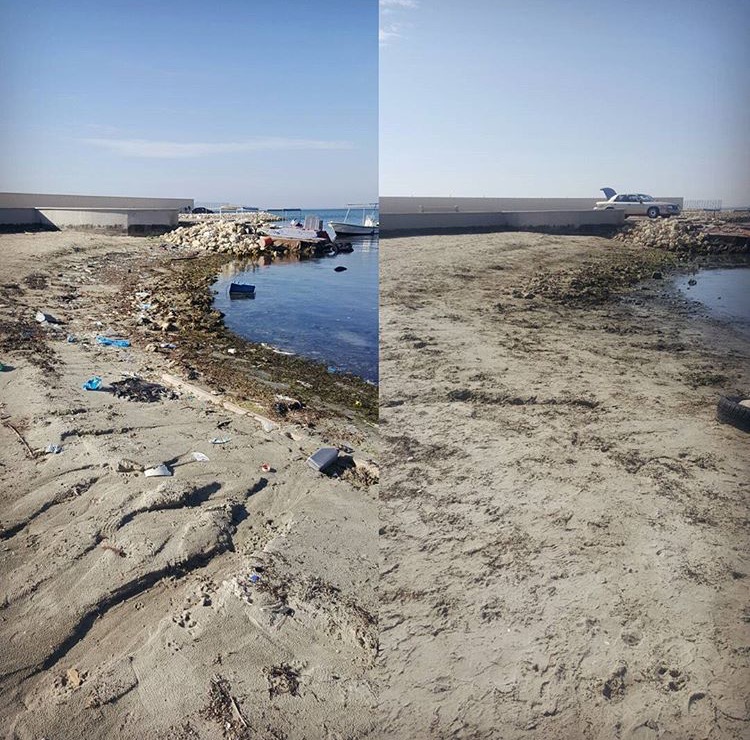 Clean Up Bahrain is made up of both citizens and residents plus anyone can join them! So follow them on instagram @cleanupbahrain which is where they announce their clean up schedule and events (Photo Source: @cleanupbahrain)

Ethar Al Bahrain is a youth group originating from the inspiring villages of Bahrain with an ambition of creating a conscious society connected to its environment. The group focuses on marine conservation through holding awareness campaigns (e.g. hosting seminars and workshops) and underwater marine clean ups in addition to beach clean ups. 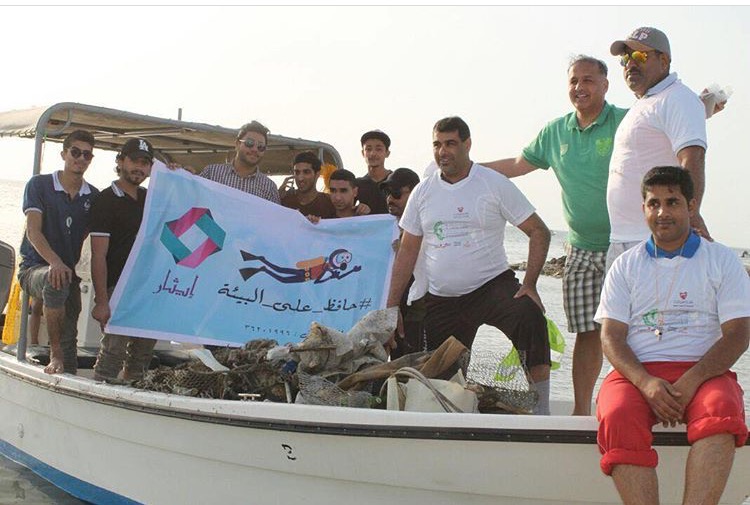 Bio Bahrain is made up of talented Bahraini wildlife photographers and nature enthusiasts – most of whom are brothers in real life. They launched their instagram account (@biobahrain) to share with the world their breath-taking photos of Bahraini’s biodiversity. Their photos showcase the rich biodiversity hosted on our small yet rich in nature island. Moreover, the photos are accompanied by very useful information on the species featured in the picture thereby spreading vital knowledge and information. 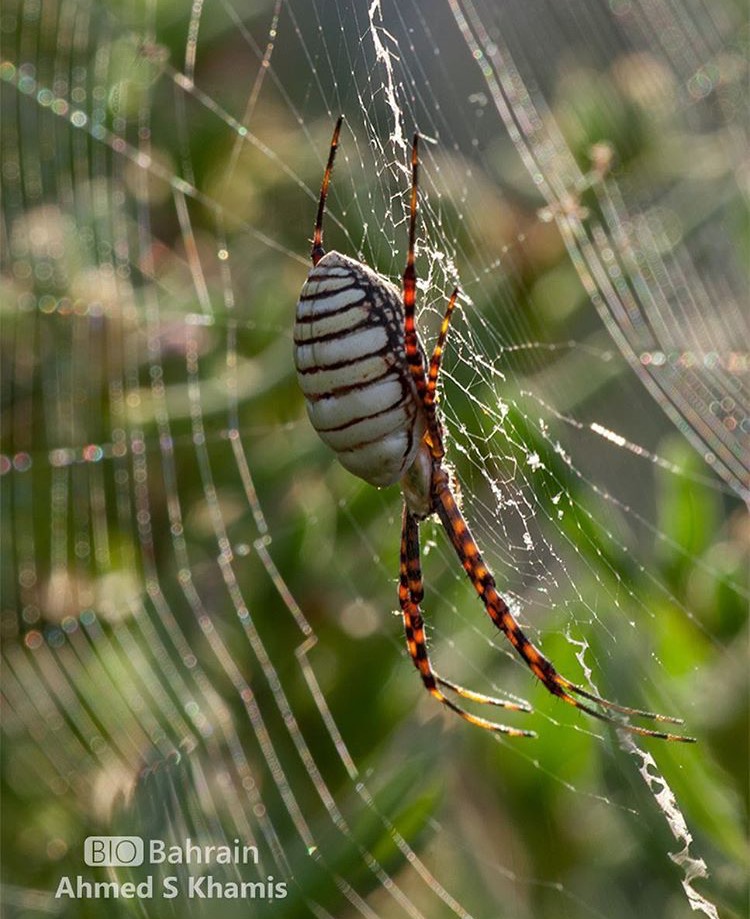 Ever wanted to discover Bahrain’s hidden treasures on your bike rather than in a car? Well guess what? Now you can with Hessa Al Rumaihi, who’s on a mission to create environmental awareness through being outdoors and active. Her concept revolves around health, wellness, culture, heritage and of course – the environment. 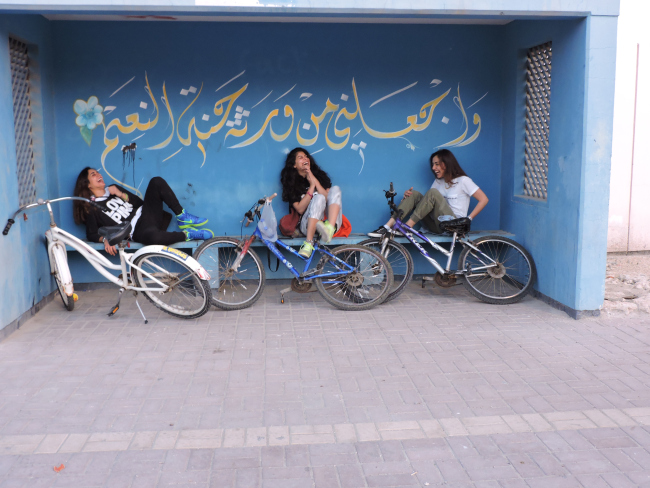 Why not book a tour whilst the weather is good or read more about what happens during the tour, you can do so through the following link: https://localppl.com/portfolio/biking-in-jasra/ (Photo Source: From the booking link)

Last July, a male green turtle (Chelonia mydas), was found beached and in distress on a local beach (near by Nurana) by residents. The rescue journey of this turtle took the island by storm to an extent that a dedicated facebook page was set up for the public to follow its recovery news. Terry the turtle (as is now known) was released back to the blue in September following its complete recovery. What’s great about this story is that it brought a lot of people together through various means and for different purposes all of which made the turtle’s recovery possible.

Last October, Bahrain launched its second citizen science program titled, ‘Your Eyes on Elasmos’. The programme is spawned from the parent project (The Gulf Elasmo Project) originating from the UAE and addresses a fundamental issue throughout conservation –a lack of data. Without scientifically sound and accurate data to inform the decision-making process, proper conservation measures cannot be taken. The way the programme works is very straight forward. If you see a shark either in the water or on a beach or at the fish market:

(2) Head to the project website and fill in this form

For the hard-core enthusiast, you can also check out the “Sharks of the Arabian Gulf Guidebook” which gives a comprehensive list of known shark species in the Arabian Sea area. 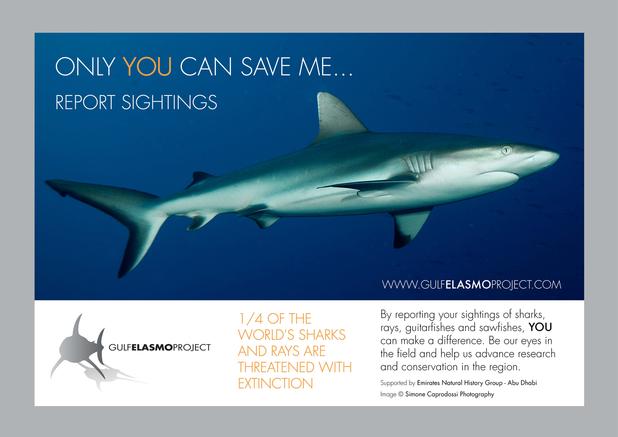 The data you log will provide valuable data that will feed into other studies, conservation efforts and the decision making process. So far the ‘Your Eyes’ initiative has received reports from the UAE, Qatar, Oman, Iran, Kuwait, Pakistan and India.

Bahrain is now officially on the list of countries who are contributing towards honouring the global commitment made at the Rio+20 Conference on Sustainable Development, through its first ever ENO Bahrain project.Under the generous patronage of the National Initiative for Agricultural Development (NIAD) through the coordination of the ENO Bahrain Coordinator (Ms. Rasha Al Najjar) and bnature (Bahrain’s first online environmental platform) have partnered together to instill environmental citizenship.

Last December, ENO Bahrain launched its first event which was took place at Al Areen Wildlife Park and was dedicated to school children. The project aims to plant and log at least 400 trees thereby instilling environmental citizenship and provides a “hands-on” experience in planting plus caring for a tree through engaging both the community and schools (public and private). 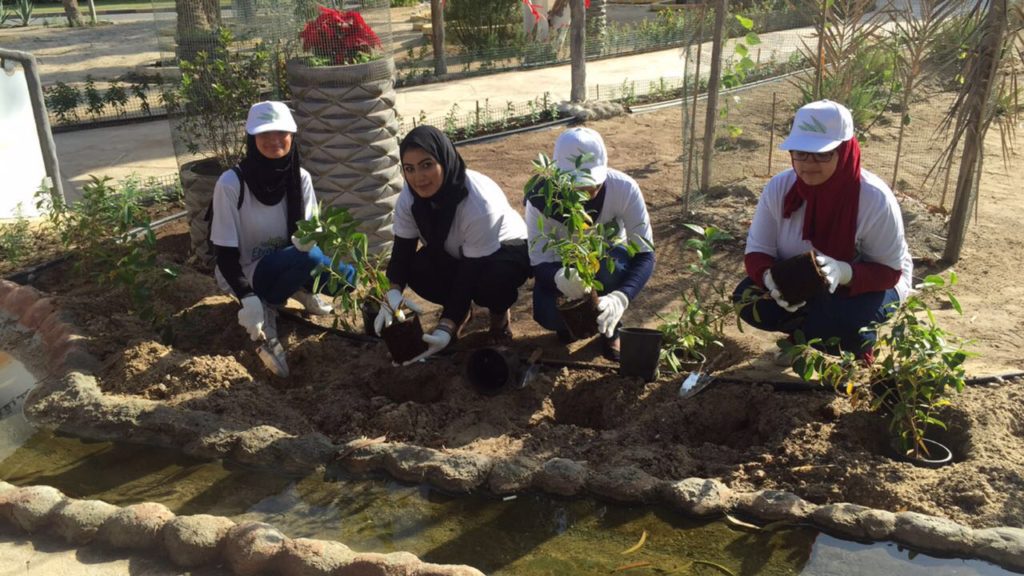 Last but not least, on January the 9th of 2017 Bahrain launched what is considered its first attempt of its kind to assess the current status of selected species making up its regional red list assessment. The list was put together by a group of Bahraini scientists and experts covering diverse expertise ranging from botanists, marine biologists, ecologists, ornithologists and more. The team followed the guidelines and methods outlined by the International Union for Conservation of Nature (IUCN) to conduct their assessment. Following two years of hard work, a list of 29 priority species was published which are believed to be in critical danger and threatened by extinction if actions are not taken to protect them. 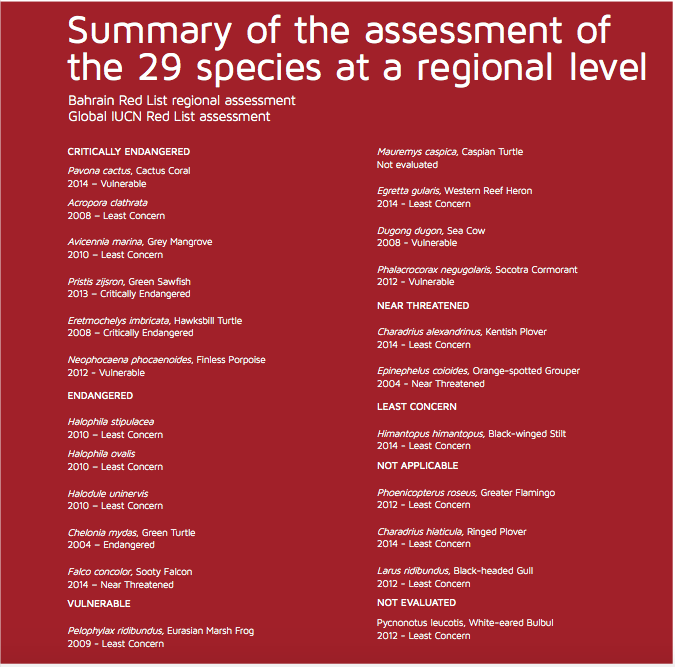 We’ve reached the end of this amazing quick one year journey that reflects the progress we’ve made, even though one might not feel it as we pull ourselves through our hot summers and strangely cold winter this year! Chin up Bahrain – lets make 2017 an amazing year for our environment!

NB: This blog post is also published on www.reemalmealla.com

The Power of February

We are pleased to inform you that we are currently updating our website. Some pages may not load or you may come across some glitches. We appreciate your patience, stay tuned as our new website is coming!